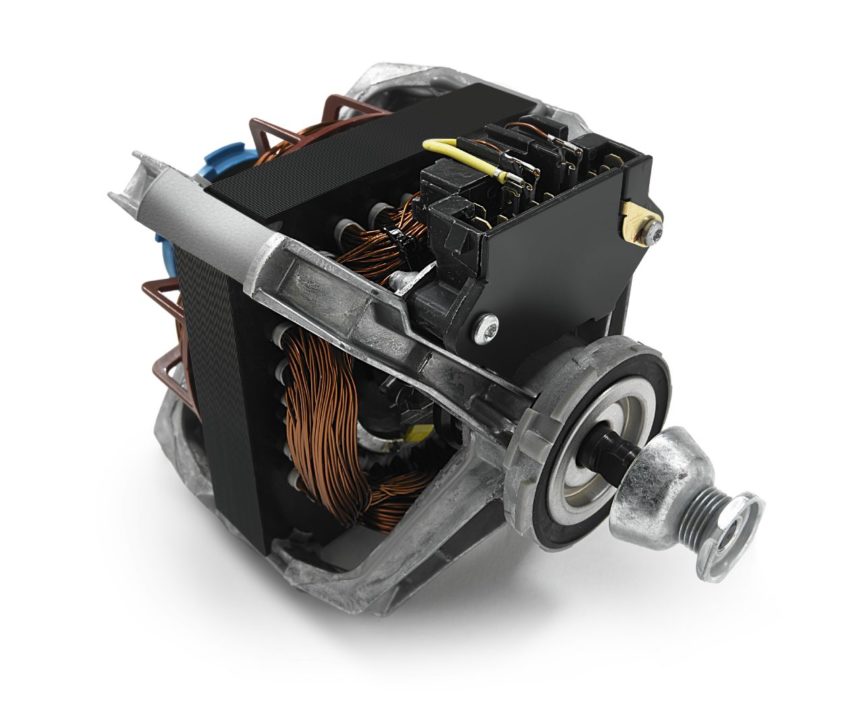 The thermal fuse is a common component that will fail for a dryer. This component will be discussed in greater detail further down.

If the start switch takes a nose dive, the dryer won’t begin its cycle at all. This switch is located in the control panel. Set your multimeter to Ohms and test for continuity. Replace if the test fails.

The door switch is found near the door and activates with the door closed. If this switch malfunctions the dryer will not dry your clothes. Door switches make a clicking sound when activated and operating properly. If you cannot hear a click when you close the dryer door, test for continuity. Replace if the test fails.

The drive motor spins the drum and blower wheel. If the motor fails, the dryer won’t start, however, first determine the functionality of the thermal fuse, start switch, and door switch. Any or all three of those components will probably fail long before the drive motor fails.

If the drive belt is broken, the drum will not turn. Most dryers will not run at all because as a safety feature, the pulley shuts off the power to the entire dryer

After troubleshooting a dryer that won’t start or heat, you determine that the motor and switches are functioning as they should. So you perform a few continuity tests and discover the thermal fuse is blown. This fuse is the most common reason your dryer won’t start or heat. The fuse will usually overheat and fail due to poor ventilation for the dryer. Check your use and care guide for specifics on what your dryer requires when it comes to ventilation.

following instruction promises to guide even the most inexperienced do-it-yourselfer to replace the thermal fuse in most Whirlpool and Kenmore dryers.

How to Replace the Thermal Fuse

How to Install the Thermal Fuse

Do you need a part? Or maybe you don’t have time for do-it-yourself projects and need the assistance of a professional appliance repair company. We’re here to help you in either case.