How to Replace Your HE Front-Loading Washer Door Lock 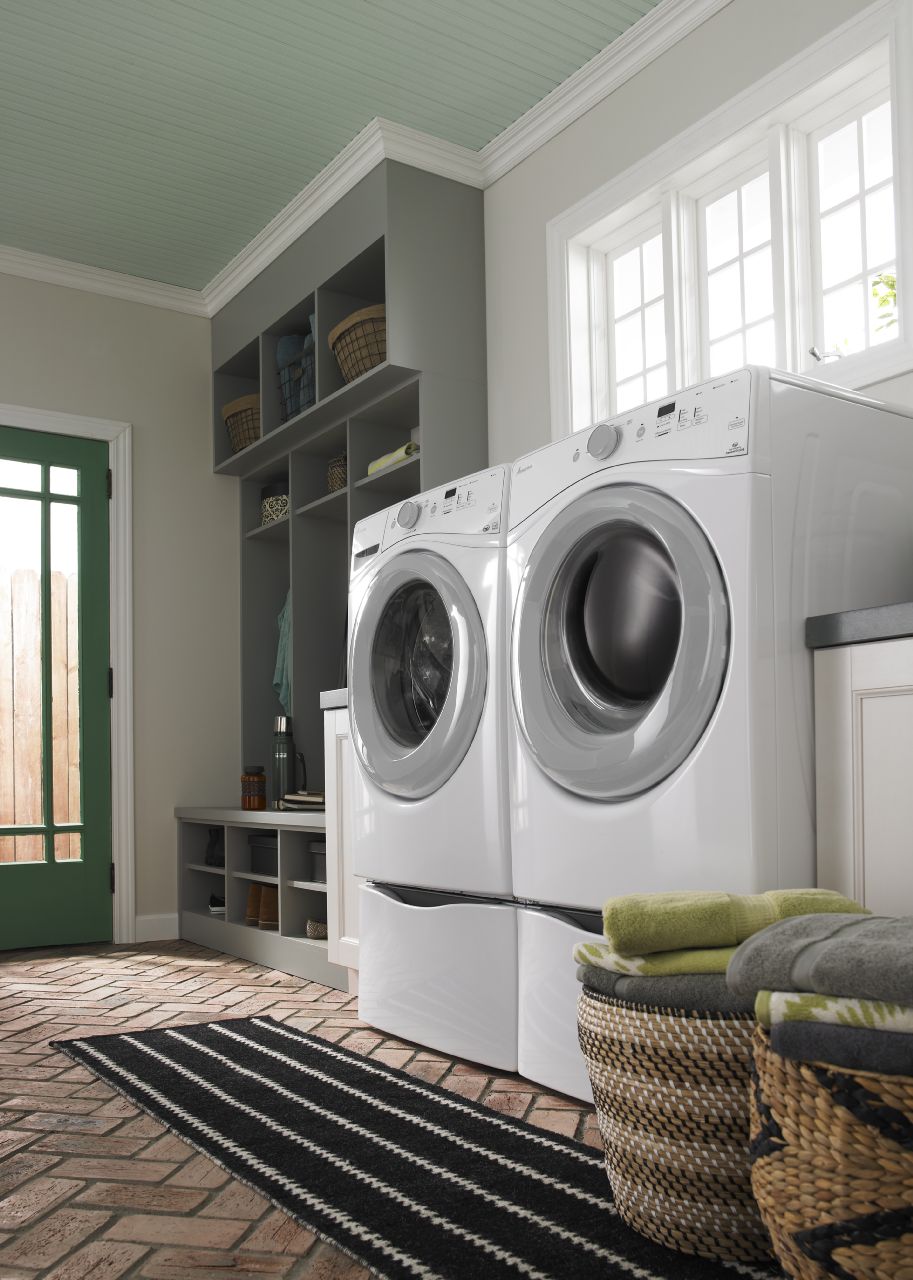 Is your front-loading washer door latch acting up? Whether your door is refusing to lock or refusing to unlock at the right times, or no longer acknowledging when the door is locked and safe to roll, it may be necessary to replace your washer door latch assembly entirely. Fortunately, this is a repair that anyone with a screwdriver and the right replacement part can do at home.

Pull the washing machine’s power cable out from the wall socket. This is an electrical repair and you need to remain safe from shocks during the process.

– Give Yourself Room to Work

Turn or pull the washer away from the wall so that you have room to stand behind it and work. Be careful of the water line connections.

Locate the two brackets at the top of the back of the washer. These brackets attach the top panel with screws. Remove the screws, and the brackets if necessary, and set them aside.

– Pull the Top Panel Toward the Back of the Washer

To un-seat the washer top panel, pull the panel back toward you (toward the back of the washer). You should feel it come loose as it slides.

– Lift the Top Panel and Set Aside

Now you can lift the top panel away and set it aside.

If the door is stuck locked, removing the top makes it possible to reach in and push the white plastic latch that holds it closed. Now you can open the washer door to replace the lock assembly.

Push or pull the washer door open once the latch is released. It may pop open on its own which is OK.

Standing in front of the washer with the door open, you can see the locking assembly where the door latches into the door socket. You will see two screws holding it in place above and below. Remove them and set them aside.

– Pull Out the Door Lock Assembly

Pull out the old lock assembly through the slot. It will trail wires so be careful

Disconnect the wires via the clip or “wire harness.” This can usually be done by pressing a releasing tab and pulling the two halves apart.

Take the new door lock assembly and connect the two halves of the wire harness together at the clip.

Slide the new door lock assembly into the slot, make sure it is correctly upright and align it with the screw holes.

– Fasten by Returning the Mounting Screws

Return the mounting screws to their places and fasten tightly. You have just replaced your door lock assembly.

– Set the Top Panel Over the Washer

Set your top panel back into place, set backward so that it is in the correct position to slide into the top of the washer control panel.

Push the top panel forward and lock it into place behind the washer control panel lip. It should now be properly aligned to refasten.

Return the brackets and screws into place and fasten them, not too tight, to secure the top panel.

Finally, plug your washer back in, push it back into place, and begin testing. Open and close the door a few times. Then run a load to see if it locks and unlocks the way it’s supposed to. Give yourself a pat on the back. Congratulations. If everything went as expected, you have just performed a complete door lock assembly replacement for your front-loading washer. Contact us for more appliance repair guides or to service your home appliances.

How to Replace Your HE Front-Loading Washer Door Lock

How to Maintain your Refrigerator Gasket Seal

Why Doesn’t My Oven Maintain Temperature?

How to Replace the Door Switch of Your Whirlpool Dryer

How to Replace Your Freezer-Above-Fridge Door Handle

6 Things to Try Before Calling for Dishwasher Repairs

How to Balance a Washer That Vibrates Excessively